150 professionals at Palermo in the splendid setting of Villa Igiea. 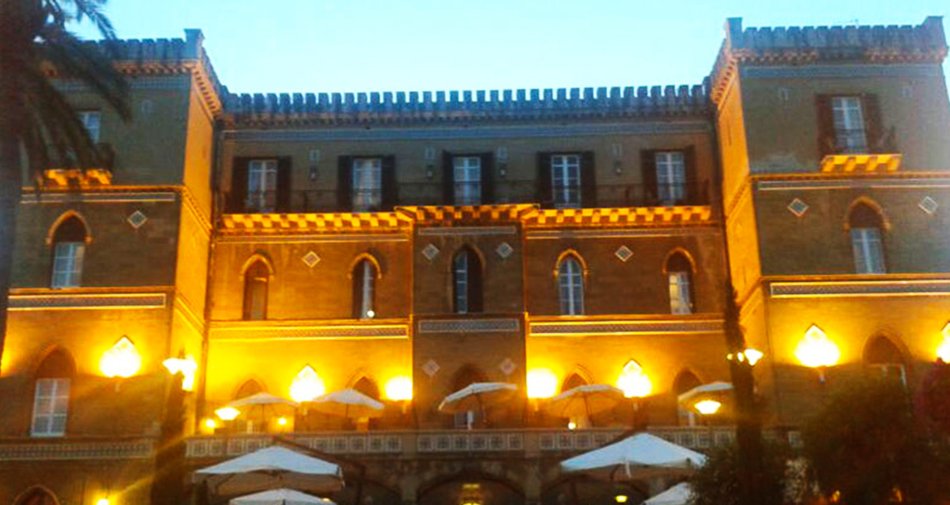 On 18 June, Marazzi welcomed 150 customers, architects and planners from all over Sicily to the splendid setting of Villa Igiea, a historic Palermo hotel overlooking the Acquasanta harbour.

The conference began at 6 PM and was moderated by Franscesco Pagliari, architect, curator, critic, coordinator of the Cremona Museum System and journalist for the international architecture journal The Plan.

Andrea Cuoghiopened the proceedings by welcoming the guests and then provided an overview of the key events in Marazzi’s history with the aid of carefully selected photographic material.

He was followed by Gianluca Rossi of Uainot Architettiof Bologna, who discussed the role of ceramics in architecture, concentrating on the new materials and the new opportunities for the use of industrial stoneware, focusing on the theme of sustainability with regard to ventilated curtain wall systems.

The evening was concluded by Pier Paolo Maggiora, founder in the ‘80s of the “Architectural Dialogue” theory. He discussed some of the major international competitions he has won during his career, starting from the Sky Tower in Brescia and the Olympic Village in Turin - which included Marazzi curtain walls and stoneware - and moving on to the Caofedian project in China, the first eco-city of the third millennium, again designed in accordance with the “dialogue” concept: dialogue in Planning, with regard to the city and its hinterland, and a dialogue in Architecture. These principles led to a polyphonic planning and design approach, in which every aspect of this major Chinese project - architecture, industry, science, culture, economic and technological development, environmental and human factors - combine to create a single, unique work.

Maggiora finished by presenting the Arge Concept, a project involving Sicily as the centre of the Mediterranean and the commercial links that leave no part of the area untouched; this topic received a very interested response from the planners present.

After the conference it was the turn of the cocktail buffet, held on the terrace with a lovely view of the Gulf of Palermo.


Visit the gallery for a small selection of photographs.